A NEW PROGRAM FOR HEALING PCOS!

This is the first post in a series about PCOS (polycystic ovarian syndrome). This condition shows up more and more often in my patient population. In general there’s a lack of understanding about it, and a need for more education.

PCOS is the most common endocrine disorder in women of reproductive age across the globe.

Between 6 and 10% of women worldwide have a PCOS diagnosis, and many more are undiagnosed.

It’s estimated that up to 20% of women actually have PCOS. 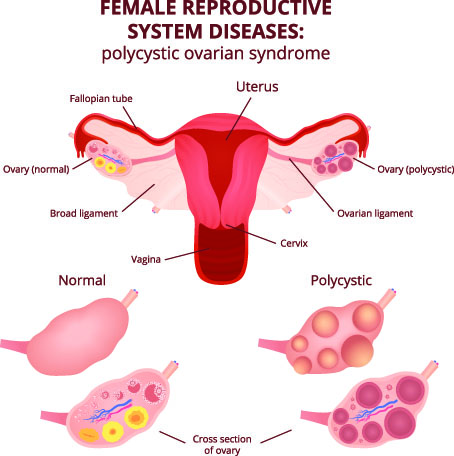 Although this syndrome is widespread, many women have never heard of it. Women often find out they have it when they can’t get pregnant. The majority of women in my practice with PCOS do not know they have it when they first come in. The ones who do know, are usually not aware of the full scope of what this condition is.

I hope to fill in some of the knowledge gaps for those of you who wonder what PCOS is, if you have it, how to treat it, and what it means for your future. I’ll include some interesting tidbits that most people don’t think about – such as “men’s PCOS.”

PCOS is not new, but it is more common

PCOS is an ancient disorder, arising from ancestral gene variants selected during the Paleolithic Period, as described in this paper. However; the incidence of this syndrome are increasing. Why? No one has the answer to this question, but it is probably due to complex variables related to our modern environment, including diet, obesity, inflammation, and environmental toxins. Many other hormone and endocrine disorders are also increasing, such as diabetes.

You may have heard of PCOS, but what is it?

In order to be diagnosed, you must have two of these three factors, or what are called phenotypes:

This typically means high free testosterone. DHEA-S can also be high, and sex hormone binding globulin (SHBG) can be low. High androgens cause symptoms such as male pattern hair growth, meaning hair in areas that are not typical for women. This includes your upper lip, chin/face, chest, back, abdomen, arms, and thighs. Another sign of high androgens is alopecia, hair loss on your scalp. A third sign is skin problems such as acne, cystic acne, and skin tags.

Approximately 60% of women with PCOS have high androgens.

Pelvic/abdominal ultrasounds show the presence of 12 or more follicles in each ovary, measuring 2-9 mm in diameter, and/or increased ovarian volume (>10ml). New ultrasound technology shows a larger number of cysts.

Only 17-33% of women with PCOS actually have ovarian cysts. 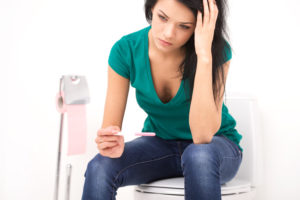 With PCOS, you usually do ovulate, just less often. Frequency of ovulation varies from woman to woman. Less frequent ovulation results in irregular or infrequent menstrual cycles. This could mean your menstrual cycles are 35 days or longer, or you could have eight or fewer menstrual cycles per year. Ovulation disorders comprise the most common PCOS phenotype.

Approximately 95% of women with PCOS have ovulation disorders. 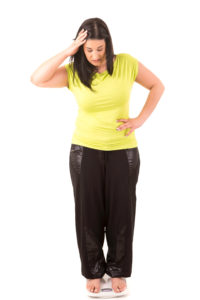 Over 50% of female infertility results from ovulation disorders, and women with PCOS represent 80% of these cases. This means that PCOS is responsible for approximately 30% of female infertility cases. With PCOS, there is disrupted signaling in your hypothalamus-pituitary-ovarian (HPO) axis. Your follicles (egg sacs) mature and ripen, but they need the right hormone signals from your brain to release an egg. If this doesn’t happen, it means that ovulation did not occur, and one or more follicles can become cysts. The cysts can be absorbed, so that they come and go. For some women, the cysts can be painful and even rupture. Most women have no idea they have cysts. The name of this syndrome is misleading because most women with PCOS do not have cysts, they just have infrequent ovulation. So instead of saying that PCOS causes infertility, it’s more appropriate to say it causes subfertility.

In addition to acne, these can include painful boil-like abscesses in your groin (hidradenitis suppurativa), and darkening skin areas (acanthosis nigricans), particularly on the nape of your neck. 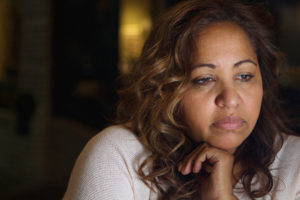 Depression, anxiety, and poor body image can result from visible body symptoms such as hair growth, hair loss, skin issues, and weight problems. Women can also struggle due to fertility difficulties. In many cases, women don’t have an explanation for these symptoms, which may cause worry. Infrequent ovulation could affect the rhythms of emotions that come with regular cycles.

As in most diseases, genetics play a small role, and your environment or epigenetics is what causes your genes to turn on or off. No matter which type of PCOS you have, prevention and treatment include normalizing body weight, exercising, eating an appropriate diet, and reducing inflammation. These all play very important roles in hormone regulation.

When I opened my Acupuncture and Functional Medicine practice in 2004, I found that most healthcare practitioners were unfamiliar with PCOS. Those of us who were familiar tended to associate it with insulin resistance, high androgen symptoms like hair growth and acne, and excess abdominal weight.

Now we recognize the variety of phenotypes. We tend to call women with no insulin resistance or weight issues “atypical” PCOS. I’ve seen more cases like this in recent years than the more typical insulin resistant phenotype. I see women who are thin and fit, with no signs of high androgens. These women are normally coming for fertility issues, and with further digging we discover they have multiple signs of PCOS that are atypical. This could be infrequent or irregular cycles, or there could be cysts. They may have just one marker of metabolic syndrome. They may be athletic and build muscle easily.

In the upcoming posts I’ll address risks of PCOS, treatment, and interesting evolutionary and gender aspects of PCOS. Read the next post now.

A NEW PROGRAM FOR HEALING PCOS!

Questions about PCOS? Please ask below!