Move over Candida, SIBO is here

You have probably heard of Candida, which is a yeast overgrowth. There are countless self-help books on Candida, and people self-diagnose and treat this condition frequently.

Candidiasis is one of the ways your microbiota can misbehave (see Misbehaving Microbiome). Small intestine bacterial overgrowth, or SIBO, is another way. SIBO is not as well-known as Candida yet, but it will be soon. These days more clinicians test for SIBO, more authors write about it, and more lay people are also more aware of it. 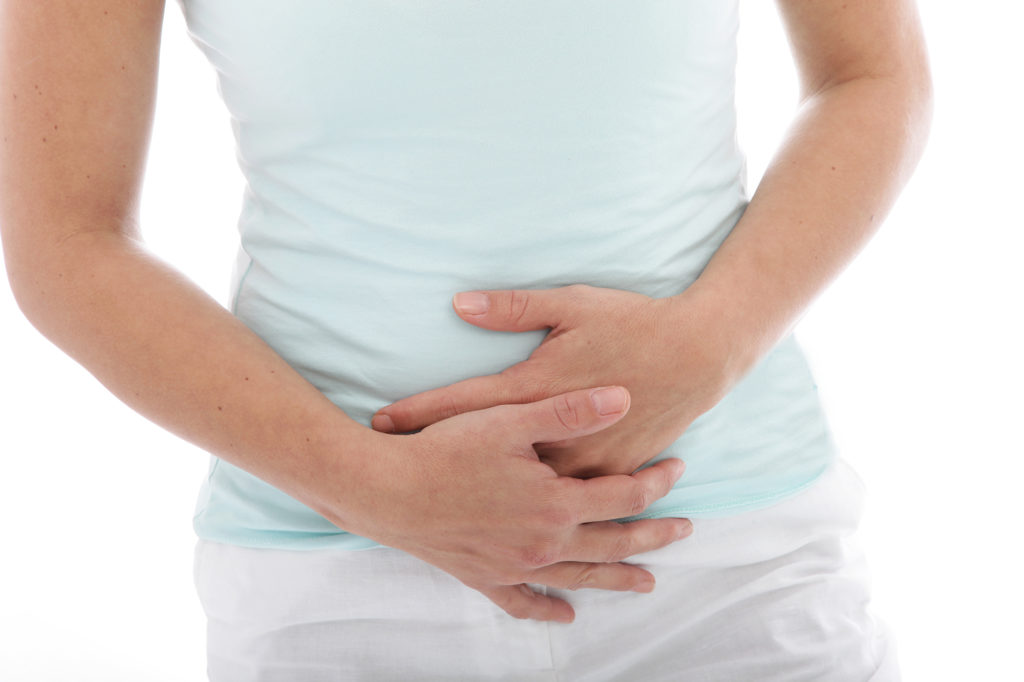 SIBO is a very real condition

Bacteria in your small intestine is natural. It’s only a problem when there’s too much bacteria in this location, or too much of the wrong types. SIBO can create significant inflammation throughout your body, as well as local digestive problems. It’s not something to be taken lightly. This paper provides a clear definition of the quantity and types of bacteria that cause SIBO symptoms:

SIBO is defined as a bacterial population in the small intestine exceeding 105–106 organisms/mL. Normally, less than 103 organisms/mL are found in the upper small intestine, and the majority of these are gram-positive organisms. In addition to the absolute number of organisms, the type of microbial flora present plays an important role in the manifestation of signs and symptoms of overgrowth. For example, a predominance of bacteria that metabolize bile salts to unconjugated or insoluble compounds may lead to fat malabsorption or bile acid diarrhea. In contrast, microorganisms that preferentially metabolize carbohydrates to short-chain fatty acids and gas may produce bloating without diarrhea because the metabolic products can be absorbed. Gram-negative coliforms, such as Klebsiella species, may produce toxins that damage the mucosa, interfering with absorptive function and causing secretion, thereby mimicking tropical sprue.

SIBO symptoms include: bloating, distention, abdominal pain, diarrhea, flatulence, weakness, malabsorption, weight loss, and malnutrition. The malabsorption and malnutrition parts are significant, because these cause nutrient deficiency conditions, from anemia to hypothyroidism to osteoporosis. Every organ and system in your body requires nutrients in order to function. Similar to not putting gas and oil in your car, if you don’t give your body the nutrients it needs to run properly, then it’s going to break down, and this can happen in a variety of ways.

SIBO causes vitamin deficiencies such as B12, and the fat-soluble vitamins A, D, E, and K. Clinicians should suspect SIBO with signs of these vitamin deficiencies; signs such as night blindness (vitamin A), osteomalacia (Vitamin D), prolonged clotting time (Vitamin K), or neuropathy (vitamin B12). SIBO uses up iron and causes iron deficiency anemia. Folate levels can be normal, but frequently are elevated because small intestinal bacteria synthesize folate.

Dr. Allison Siebecker is a global authority on SIBO

SIBO can cause, or coexist with these disorders:

This is just a partial list! Dr. Pimentel, leading SIBO researcher and physician, found that 78% of 202 patients with IBS (Irritable Bowel Syndrome) tested positive for SIBO.  A blinded, randomized study shows that 84% of patients with IBS had SIBO, compared to 20% of healthy volunteers. This suggests that SIBO is a big player in IBS; it could be the cause, the effect, or just coexistent.

Lastly, research shows that patients who are immunodeficient are prone to SIBO.

Both tests require a preparatory diet, in order to starve the bacteria in your small intestine. So, for 1 to 2 days you don’t eat any bacterial fermentable food.

You can do this test at home and send your samples to the lab, which takes only a few days to get results. If there is a spike in hydrogen and/or methane gas during the time the solution to passes through your small intestine, the result is positive. A high level of hydrogen or methane gas while fasting (the first sample) also signifies a positive result.

Interpreting the tests requires a bit of a skill. If you have unusually fast or slow transit time, this could skew the results of the test. However, your clinician should take this into account.

There is also some controversy as to whether lactulose or glucose is a better solution to use for testing. There are pros and cons to each solution. Lactulose picks up more gases, but can have false positives. Glucose is more specific, but can have false negatives. Your practitioner can choose the best testing solution for you.

Archaea are similar to bacteria in that they are prokaryotes, or single cells with no nucleus. Scientists used to think archaea were atypical bacteria, but now we know that they are a different species, and their cell walls and membranes are different than bacteria.

It’s archaea that produce methane gas as metabolic waste. To make things more complicated, archaea can feed off of hydrogen gas. So a SIBO test could show positive for methane producing archaea, but negative for hydrogen bacteria, because the archaea are consuming the hydrogen. Once the archaea are knocked down, a retest may show high hydrogen. Repeat testing reveals this phenomenon.

Treatment for SIBO is controversial

Many clinicians think that people should starve the microorganisms by going on a diet that has little to no bacteria-fermentable fibers. However; this tends to starve all bacteria, with negative results down the road. Also, such diets are very restrictive and limited. You may have heard of the GAPS or SCD or FODMAP diets. I’m not going to explain these diets in this article, but all of them starve bacteria. All of them may be helpful, but only for a limited time of about 6 weeks.

The most effective method, in my opinion, to treat small bacterial overgrowth, is to do a combination of antimicrobial botanicals (herbs) with or without antibiotics, to weed out the microbial overgrowth in your small intestine. Simultaneously, it’s imperative to grow and feed the right beneficial bacteria in your large intestine. It is tricky, because clinicians need to carefully choose the right antimicrobial/weeding agents and the building/feeding agents for the individual.

Clinicians must also understand the cause, to really be effective. If we address the cause, then treatment has a greater success rate, and less relapse rates.

These are causes of SIBO:

There are even more causes of SIBO. Most clinicians find that it’s a multifactorial condition. In fact, it’s often a “chicken or the egg” scenario in terms of what came first, a “cause” or the actual SIBO. In some cases it may be clearcut that one causes the other, and in other cases, it’s a simultaneous occurrence.

The peer-reviewed Journal of Gastroenterology and Hepatology lists these risk factors for SIBO:

The authors of this paper write:

The two processes that most commonly predispose to bacterial overgrowth are diminished gastric acid secretion and small intestine dysmotility. Disturbances in gut immune function and anatomical abnormalities of the GI tract also increase the likelihood of developing SIBO.

Researchers study the MMC (migrating motor complex), which is a wave of peristalsis that occurs while fasting, every 90-120 minutes, in order to sweep debris through your GI tract. Several studies (2, 3) demonstrate that abnormalities in the MMC may cause SIBO. Impaired gastric peristalsis of any type can lead to SIBO, due to stasis of food and bacteria in the upper GI tract. This can include gastroparesis, which is a chronic disorder of gastric emptying.

The MMC is a big player in SIBO

The physiological role of the MMC is incompletely understood, but its absence has been associated with gastroparesis, intestinal pseudo-obstruction and small intestinal bacterial overgrowth.

While the physiology of the MMC is not fully understood, it is clear that it happens during a fasted state, and that gastrointestinal hormones motilin and ghrelin regulate it. These authors write:

Phase III of the MMC is the most active phase and can start either in the stomach or small intestine. Historically this pattern was designated to be the housekeeper of the gut since disturbances in the pattern were associated with small intestinal bacterial overgrowth…..Motilin plasma levels fluctuate together with the phases of the MMC and induce phase III contractions with a gastric onset.

This rather fascinating paper explores the 4 phases of the gastric and intestinal MMC, and what stimulates and inhibits each of the 4 phases in the two different organs. The researchers studied dogs and humans. They found that the intestinal neurotransmitter 5-hydroxytryptophan stimulates MMC phase III.

Many factors can interfere with MMC function

If you are concerned that you have SIBO, you can always try eating fewer fermentable carbohydrates (see Feeding Your Microbiome Superheroes), and if that makes you feel better, that’s a sign to seek a clinician who can help you. Another sign is if you feel that your digestion improves with antibiotics and then worsens about two weeks after. Or, if you have any of the classic SIBO symptoms such as diarrhea, constipation, bloating, fatigue, and gas, you could seek out testing. Additionally, if you have any of the conditions from Dr. Siebecker’s list above, you may want to seek SIBO testing. Functional Medicine clinicians often find unexplained inflammatory conditions (such as hypertension, high cholesterol, fibromyalgia, depression and anxiety) are correlated with SIBO.

I wrote a series of shorter blog posts on SIBO, to break it down more simply. The first post is Bloating, Constipation, Diarrhea: Is It SIBO?

Please join in with your comments below!

6 root causes of hormone imbalances you NEED to be

Here are some signs of hormone imbalance symptoms

"Can you check my hormones? I suspect something is

This makes me so happy! 🤗 . My family has been

Are you fed up with health concerns that no one is

Are your clothes feeling a bit tight these days, i